Home » About Us » Our History 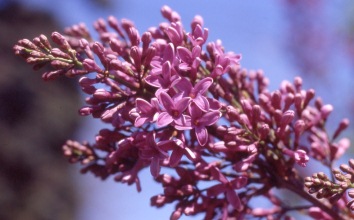 Genesis and History of the USA National Phenology Network

The idea for a USA-National Phenology Network (USA-NPN) has many instigators. In 1956, Joseph M. Caprio (Montana State University) initiated lilac phenological research in the USA. He developed a network of volunteer observers (~1000, growing to 2500 by 1972) reporting from 12 Western states (Caprio 1966). Caprio’s program stimulated development of a similar program in the Eastern USA in 1961, initially under the direction of W.L. Colville (University of Nebraska; ~300 observers in 1970). The Eastern network lost funding in 1986, but was continued at ~40-50 stations by Mark D. Schwartz (University of Wisconsin-Milwaukee). The Western States Phenological Network was terminated upon Caprio’s retirement in 1993, but was reactivated at a handful of sites by Dan Cayan (Scripps Institution of Oceanography/USGS) and Mike Dettinger (USGS/Scripps) to complement their studies on changes in timing of snowmelt discharge (Cayan et al. 2001). Cloned lilacs (and models developed from them) serve as “anchor points” binding together commonalities among phenological observations from native species in diverse ecoregions, climate data, and remote sensing observations across a continent-wide network (Schwartz 1998; Schwartz et al. 2006). In the absence of other continental phenological monitoring, legacy lilac data provide the most logical tie to the mid-twentieth century before the major inflection in temperature and growing season trends.

More recently, Schwartz foresaw the need for a national network that would revitalize and broaden the lilac network, while extending phenological observations to other native and non-native species, drawing in part on co-location with a subset of National Weather Service Cooperative Observer stations and cooperation with other existing networks. In summer 2004, Julio Betancourt of the U.S. Geological Survey independently arrived at the same conclusion after co-chairing an AIBS Grand Challenge Workshop that explored the National Ecological Observatory Network (NEON)’s role in studying ecological responses to climate (AIBS 2004). When it appeared that NEON might be designed around intensively-sampled regional nodes, Betancourt teamed up with Schwartz to begin organizing a spatially-distributed network that would achieve wall-to-wall continental coverage for phenological observations and operate independently but ultimately in collaboration with NEON.

During August 23-26, 2005, Betancourt, Schwartz and a steering committee of diverse scientists convened a workshop in Tucson, AZ, to initiate an implementation plan for a USA-National Phenology Network (NPN). The workshop was funded by NSF and four other federal agencies (USGS, National Park Service, EPA, and USDA-Forest Service), and included 40 scientists from across the country and the globe (presentations and notes from breakout sessions; workshop summary in Betancourt et al. 2005).

The 2005 workshop reinforced the need for the broader scientific community to organize a nationwide network of phenological observations with simple and effective means to input, report, and utilize these observations, including the resources to provide timely information for a wide range of decisions made routinely by individual citizens and by the Nation as a whole. Separate breakout groups converged on a framework of four expandable components or tiers, each representing a different level of spatial coverage and quality/quantity of phenological and environmental information:

Workshop participants emphasized that observations be entered into a database management system and be made available to the public in mapped form and near real time. At the 2005 Workshop, an Implementation Team was recruited with representation across disciplines, institutions, and existing environmental networks that already incorporate or could adopt phenological monitoring, with the goal of launching the first monitoring activities in 2007.

The NPN team met in Tucson from March 22-23, 2006 to draft an implementation report and continue to organize the network (progress summary). The NPN Team was tasked with aspects of network development such as securing stable support from federal agencies for a national coordinating office; renewal and expansion of the lilac network; and adoption of phenological monitoring across existing environmental networks (LTER, AmeriFlux, National Park Service Inventory & Monitoring, and the National Weather Services COOP Network). The NPN Team was also charged with developing mechanisms and funding for coordinating research across the network, which led to a proposal for a focused NPN Research Coordination Network (RCN) in Biological Sciences. The USA-NPN RCN proposal was submitted to the National Science Foundation (NSF) in July 2006 and funded for five years, starting in March 2007 (NSF Grant # 0639794).

This meeting was held in Milwaukee, WI from August 26-30, 2007 (summary of working group results).  There were forty-nine total participants. This meeting included seven presentations from individuals engaged in innovative research in frontier areas of phenological science, and facilitated significant progress in the areas of species selection and structural/governance planning.

In 2007, the U.S. Geological Survey (USGS) and the University of Arizona (UA) established a cooperative agreement to found the USA-NPN National Coordinating Office in Tucson, AZ. The USGS is providing base-stable support for the National Coordinating Office, and hired Dr. Jake Weltzin, most recently an Associate Professor at the University of Tennessee and a Program Director at the National Science Foundation (NSF), as the first Executive Director of USA-NPN. The UA hired Mark Losleben as Assistant Director of USA-NPN, and is providing offices and other services at the UA Office of Arid Lands Studies. USA-NPN research development efforts are being spearheaded by Prof. Mark D. Schwartz, University of Wisconsin-Milwaukee (UWM), who serves as Chair of the recently established USA-NPN Board of Directors, and as Principal Investigator (PI) for a NSF USA-NPN Research Coordination Network (RCN) grant for coordination of phenology research.

This meeting was held in Milwaukee, WI from September 15-19, 2008 (summary of working group results).

Overview of USA-NPN Results and Products:

Over the past two years, progress has been made in addressing the following research and educational objectives:

During this same period, progress has been made in creating the following products:

View references for this page